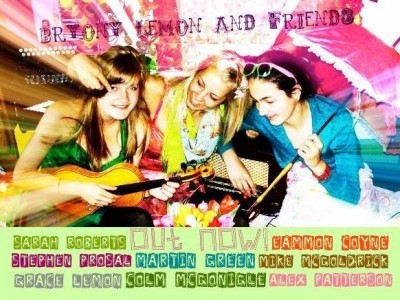 Available to buy now at:

It is made up of all the amazing musicians who have inspired me most. Martin Green produced this album, as well as playing on a track or two. Throughout the making process he was a fountain of knowledge, helping me with every aspect from picking the amazing Castle Sound Studios, to putting us up while we were recording! Sarah Robert’s is one of the most fun, exciting and colourful guitarist’s I have ever met. Mike McGoldrick is not only musically amazing, but he is also extremely giving and encouraging to musicians like myself. Eamonn Coyne also makes a guest appearance on this album, he is the lovliest banjo man around. Stephen Prosol and I do the last track together, it’s reminiscent of all the lovely afternoons I spent learning tunes with him and his Mum, Ethne, when I was young. Colm McGonigle moved to Cambridge from Belfast when I was about 14, bringing with him his Concertina and Harp and so many tunes! Alex Patterson is the most spontaneously fun fiddler that i know and Gracie Lemon is my little sister, and she is amazing. She has won so many All-Ireland Medals!